The available file is spel.exe

After launching, I saw an error message: 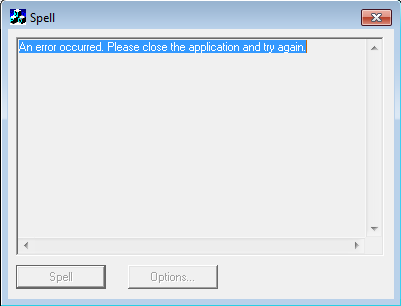 Is there something wrong with the application?

I thought there was something wrong with the setup of my environment. Maybe I had a problem with the sound? No access to some device? The wrong version of the system? While debugging the application, I found that the process continued to run after closing the window, hmmmm…..

In the disassembled code, I saw a lot of calls from the CWinApp class indicating that the application code was written using the Microsoft Foundation Class (MFC) library. Below is an example of the list of functions from this library used in the spel.exe application: 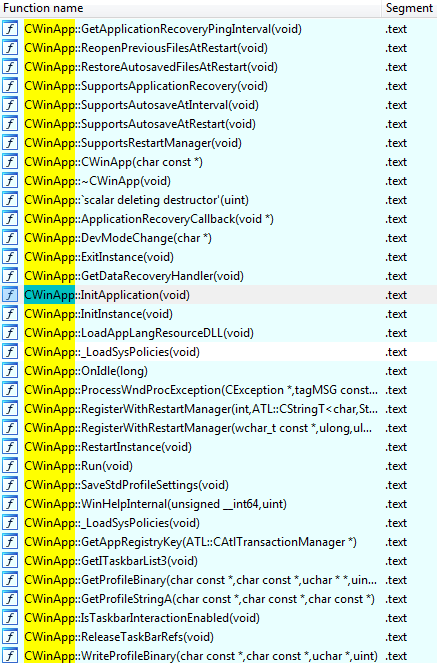 I looked through the list of imports for calls:

While doing so, I noticed an unusual (at least in my opinion) function VirutalAllocExNuma

An attempt to locate the code snippet calling this function (in the code graph view) failed: 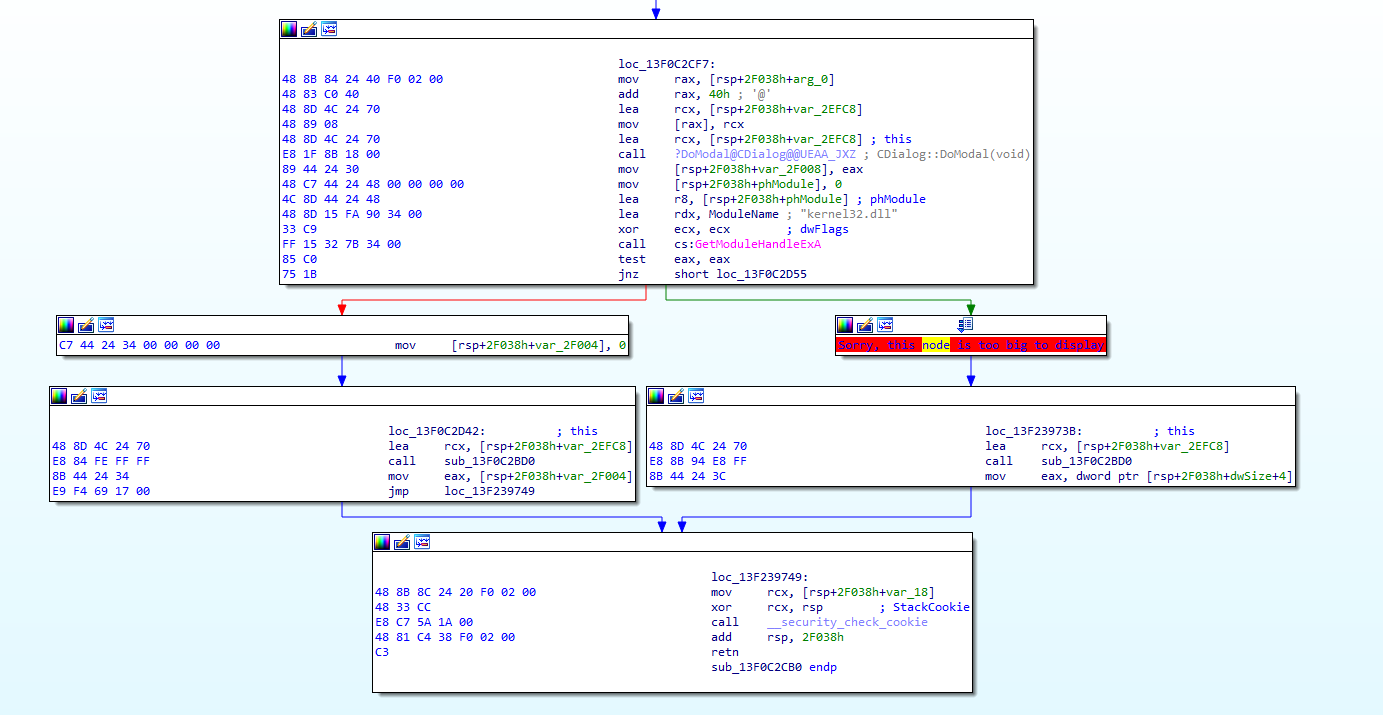 Locating the VirutalAllocExNuma function in the listing view revealed an interesting piece of code. My attention was drawn to the long string of mov commands arranging data in memory, which was completed by arranging the “flare” letter, followed by memory allocation, its copying and execution of the data as code: 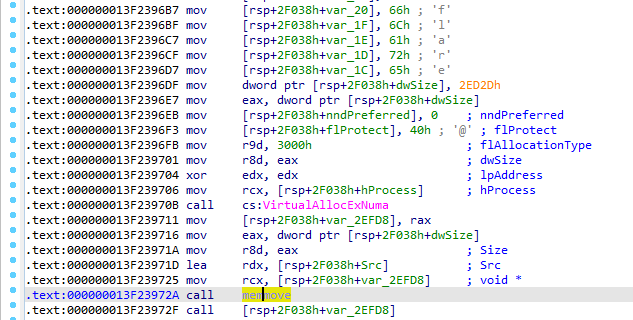 Using x64dbg, I executed the code to the breakpoint set to VirutalAllocExNuma, which allocated the address 0x260000, and after calling the memmove function, I saw a potential shellcode at this address. It was probably fine, the first command was call (E8): 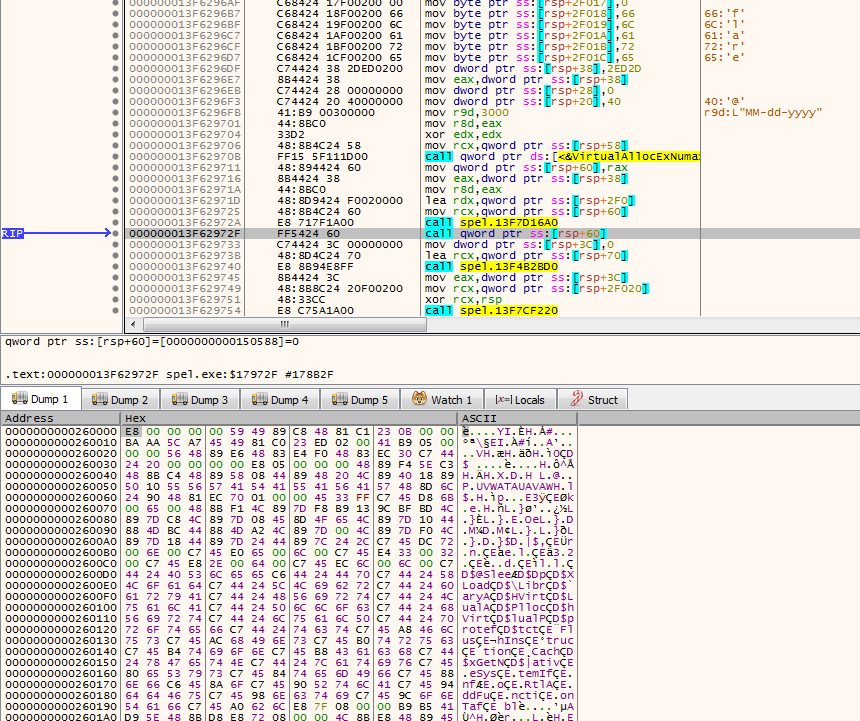 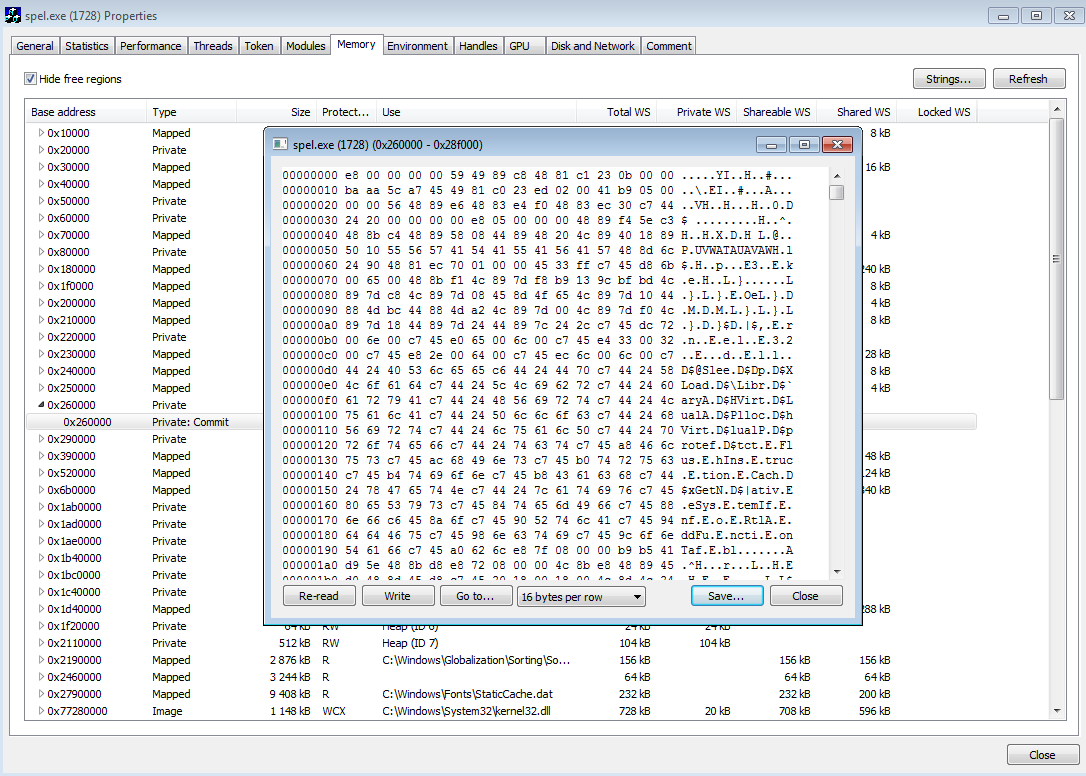 In order to limit the size of the dump to the part that had any relevance to the shellcode, I opened a memory dump in HxD. I quickly noticed that there was a PE file right next to the shellcode, which I extracted, and without analyzing the shellcode I assumed it was loaded by it. 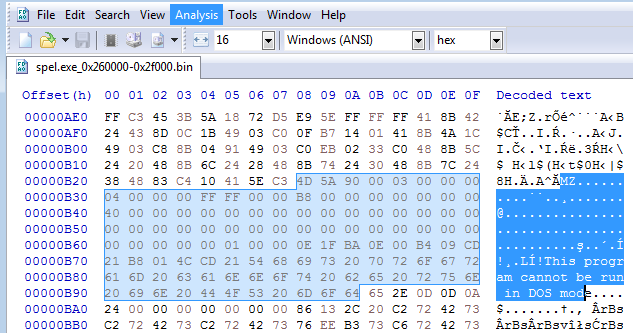 The loaded file turned out to be a DLL file: 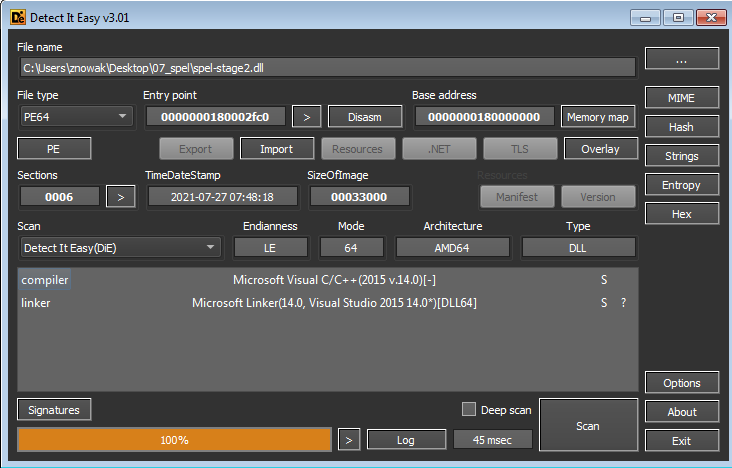 After loading the dll into the IDA tool, I noticed two interesting things:

So I extracted a nested file:

Another loaded file turned out to be a DLL file: 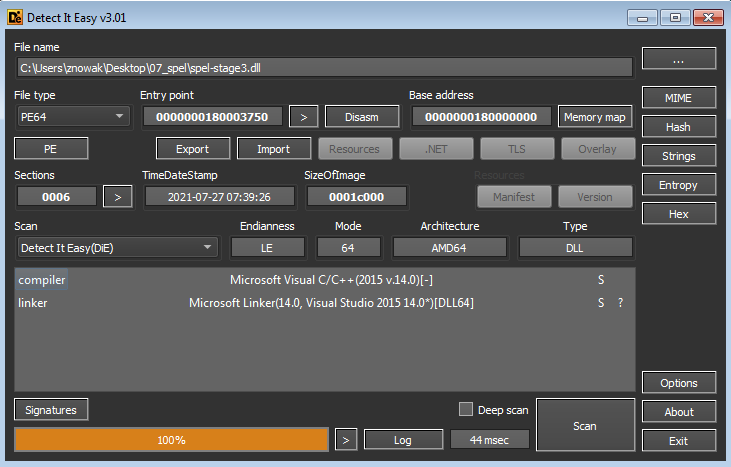 Static analysis of the code led me to several observations: 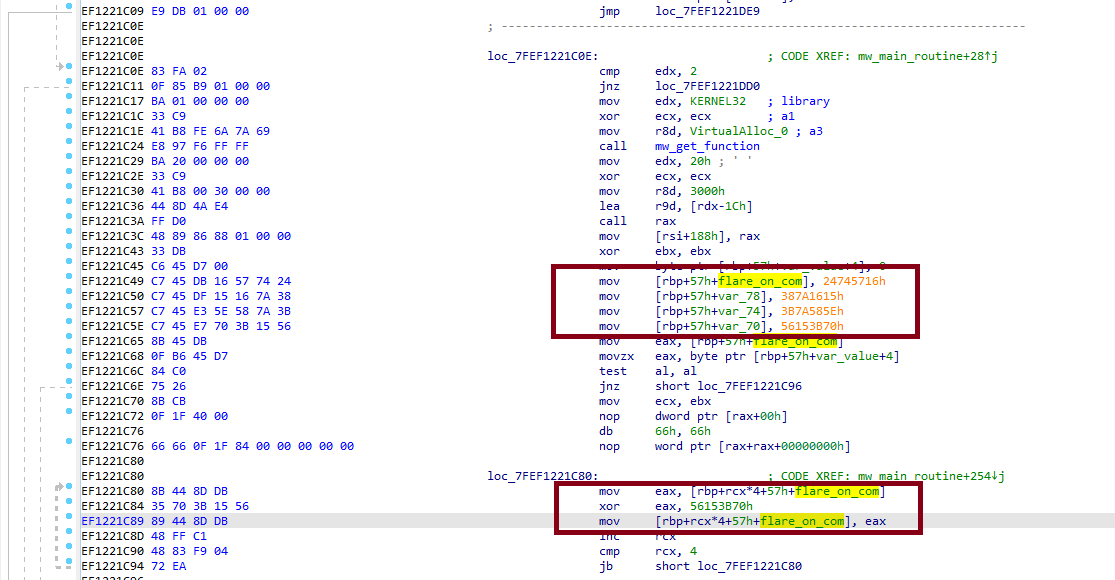 The names of libraries were mapped from integers, constructing an enumeration type made it easier to analyze such a method of code obfuscation: 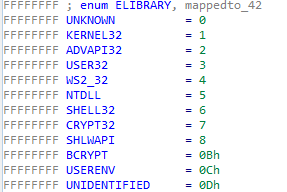 The obfuscation of the loaded function names itself was not a problem, thanks to the use of HashDb and IDA environment plugin database

I solved the string obfuscation with the following script:

Further analysis of the program’s code made it possible to notice that the program used the bcrypt library and its provided implementation of the AES-128 algorithm. Thus, it loaded and decrypted a fragment of one of the resources with id 128:

I recovered the contents of this resource with the CFF Explorer tool, the actual ciphertext is highlighted in red: 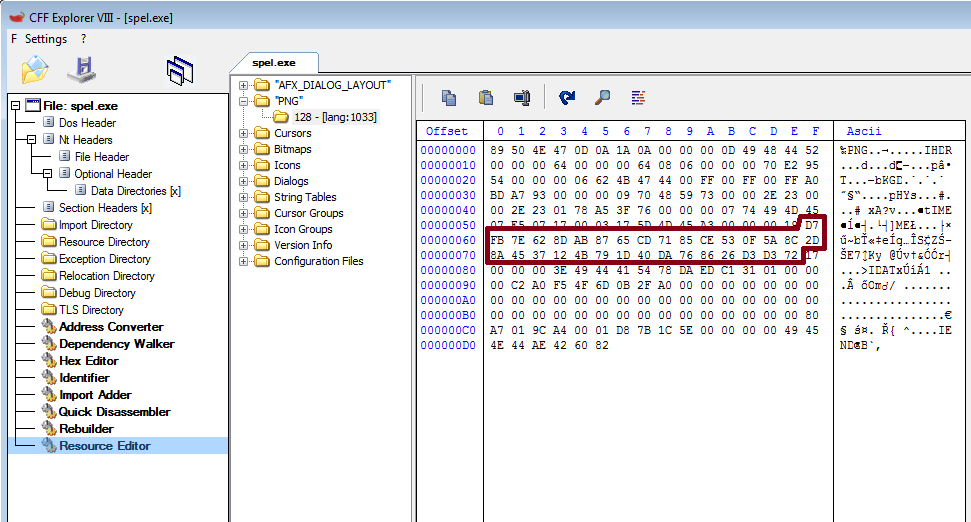 The key used was one of the strings:

So I decrypted the ciphertext using Binary Refinery

After decryption, the string was blacked out again with xorem and the order of the characters was changed: 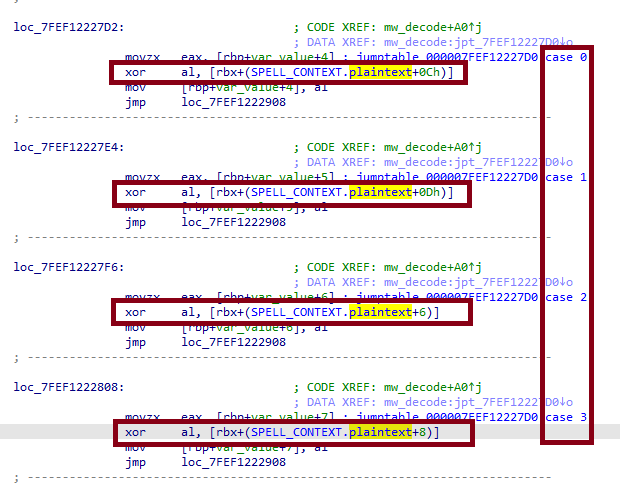 It was enough to ignore the stream cipher and read the correct order of characters: