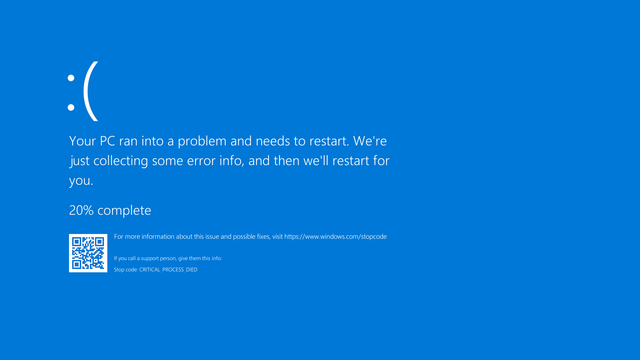 What to do if you see the Blue Screen of Death again? Microsoft’s statistics indicate that at least 70% of blue screen instances are caused by incorrect driver implementation. Unfortunately, the flawless implementation of the operating system kernel module is a difficult and responsible task. If you have ever wanted to look under the hood of the Windows operating system, identify a problematic driver or are looking for a rootkit hiding in kernel space, I invite you to read the article.

In the Windows operating system there is an implementation of the mechanism that dumps memory into file. The article presents specific properties of individual types of memory dump files. In addition, ways of configuring the mechanism for performing memory dumps and triggering the operation of this mechanism are indicated. The last part presents an example that guides an user of the Windows operating system through the steps of basic analysis of a memory dump. As a result of the analysis, the operating system module was identified and the path to the executable file from which the module is loaded was revealed.

Memory dump file (aka crash dump) is a snapshot of the operating system state at the time this dump was taken. Contains saved processor context and content of physical memory.

The types of memory dumps include:

The Windows administrator has the right to manage the mechanism responsible for creating memory dumps. He can use his permissions in several ways, the most convenient methods are:

To configure this method of performing a memory dump: 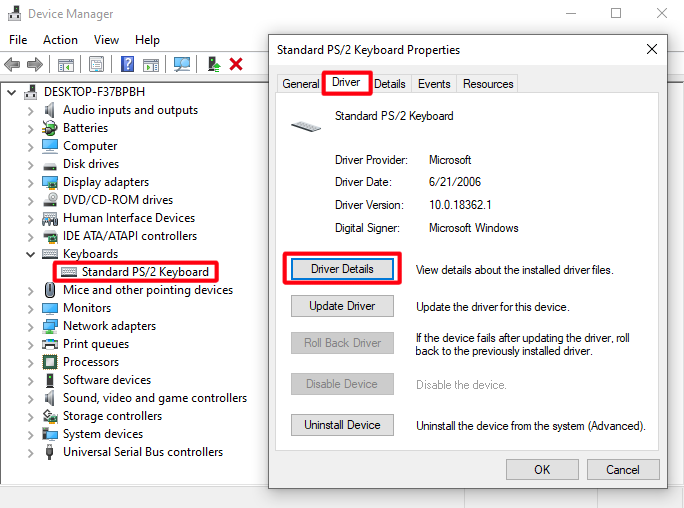 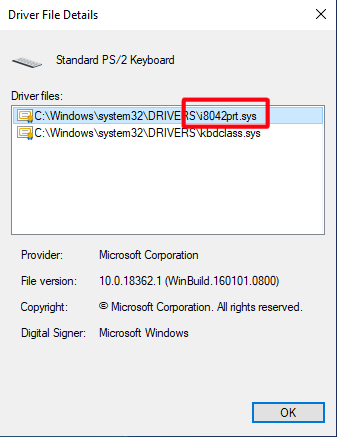 After pressing the key combination Left Ctrl + d + d the BSOD will be displayed with the stop code MANUALLY_INITIATED_CRASH and a memory dump will be performed.

4.2 Dump initiated manually by the debugger

The memory dump is performed as a result of the intended execution of the program leading to an error in the operating system.

To force an error and perform a memory dump: 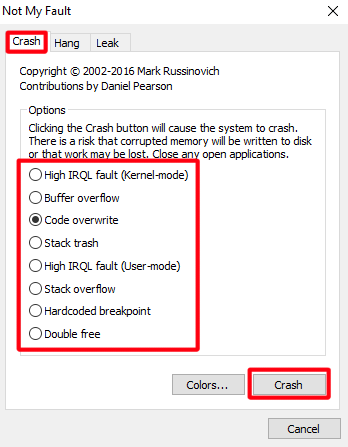 b) or the cdb.exe command line tool: 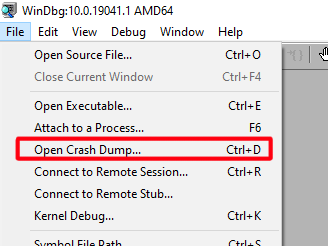 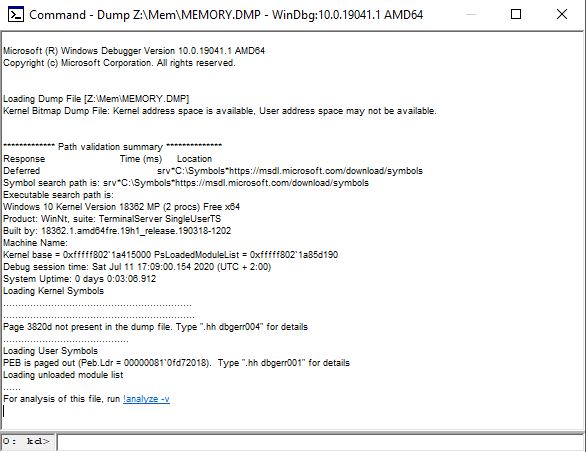 After executing the command, information about the type of error that occurred and a hint on how to analyze it will be printed. 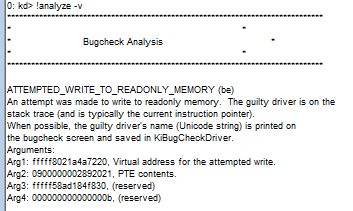 Below it will be the call stack that led to the dump, and directly indicate the module where the error occurred.

From the sample logs it is known that the myfault module is a problem. 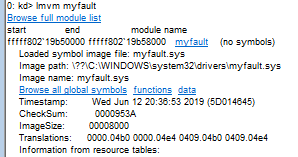 As a result of the command, a number of basic properties of the myfault module were obtained. One of them is the path to the executable file C:\WINDOWS\system32\drivers\myfault.sys. In this way, a specific Portable Executable file was identified, which when launched causes an unrecoverable error in the OS.

The methods and tools for analyzing memory dump presented in the article allow you to perform basic analysis to identify the OS module responsible for the occurrence of an unrecoverable error in this system. Presented ways to configure the operating system components allow you to enter your own settings for creating and managing memory dumps.